SEO Statistics to Know in 2017

The Best Music to Develop Websites to (What the Science Says) 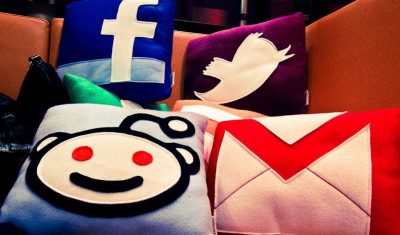 We Are Social published its annual Digital report, having collected already existing data from various sources to compile a snapshot into internet usage across 30 countries around the world, including South Africa.

There are 85.53 million mobile connections in South Africa, which means there are quite a number of people with more than one connected SIM card linked to them.

Prepaid is still, by far, the most common payment option among South Africans at 84% of mobile connections, 3G and 4G connections are still below 50% at only 41%.

How have the numbers increased in one year?

The majority (92%) of South Africa’s adult population owns a phone whether dumb, feature or smartphone. Smartphone’s take the lion’s share of this majority at 60%. Only 3% own a TV streaming product (e.g Apple TV) and 1% own a wearable.

How much time do we spend online?

An average South African spends just under five hours a day online. Since this stat isn’t broken down into specifics, we’re assuming time spent online at work is also counted.

Note how time spent on social media and watching TV are almost exactly the same amount. This may be due to what the digital world calls using a “second screen”, that is, tweeting, Whatsapping or Facebooking etc., while watching something on TV.

A total 59% of active internet users are online more than once a day, while 3% only use it once a month.

The most popular social media

The top ten most popular social media among South Africans has remained almost the same, with WhatsApp and Facebook holding to the top two spots.

However, Twitter dropped down to sixth place from fifth place last year, while LinkedIn took its fifth place spot, up from sixth in 2015.

Instant messaging through platforms such as WhatsApp, Facebook Messenger and BBM, remains the most popular internet activity for mobile users (36%), followed by using map services such as Google Maps (29%) and watching videos (28%). Mobile banking follows closely behind at 26%

“It’s worth noting that the jump in internet users may be partly the result of improved reporting, rather than representing absolute growth in user numbers,” We Are Social said on its site. “We’ve also managed to obtain reliable numbers for social media in countries where previously we had no data, but the overall growth story is still highly compelling despite these caveats.”

You can read the full report and see how South Africa compares to the rest of the world, on We Are Social.